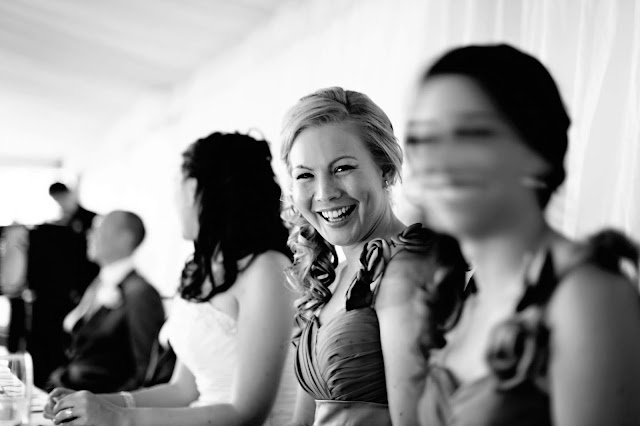 We always strive to get those fabulous wedding images, those perfectly composed memories captured in crisp, clear detail...but what about those very few shots that are NOT so perfect? I find myself always tempted to hit the 'delete' button but then on a few occasions something stops me.

I'd been trained very early on to settle for nothing less than a great shot, taken with the best possible settings, 'rule of thirds', good histogram', adequate shutter speed, technically correct, yadda yadda...but occasionally pics happen that I've just snapped in a hurry, without changing settings or giving proper time and consideration because, well frankly, stuff happens quick! Although I keep myself ready for the action, there are times where I have been literally focusing on one subject then catch something else at a glance. I shoot first & ask questions later...Sometimes it works, sometimes not so much. 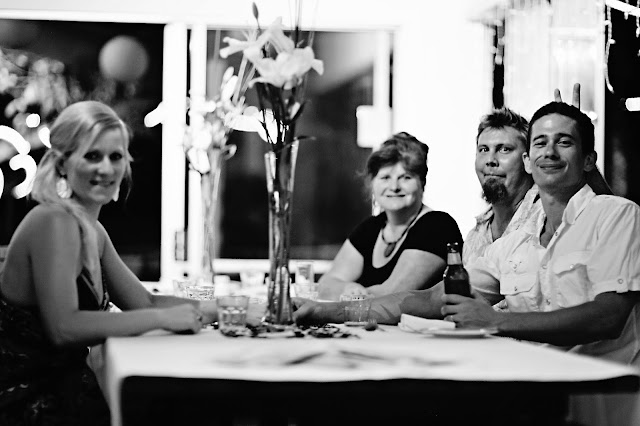 It wasn't until I started to have a fresh look at the work from some of the big names in the industry that I realised I'm not the only one. I saw many pics from some of the well-renowned 'big kids' on the block that I wouldn't consider correct images at all but they had something that made you feel a certain way when you viewed them. They still told the story.

I even went back and looked at my early work, and I mean EARLY work when I shot with 35mm film. When I first started out, film was expensive and even dearer to have processed if one didn't have their own dark room. We also didn't have the luxury of a preview screen so it was sometimes a surprise to find how shots had come out once developed. Then I adopted digital (after kicking & screaming and swearing I never would lol) and I got into the habit, albeit a lazy one, of deleting images I didn't like and re-shooting after making minor adjustments..ahhhh, the beauty of digital!

So after going back through stacks of old image files, I found that I was taken by those sometimes not so correct ones...the ones that managed to NOT get ditched. For some reason I loved those 'imperfect' images that I was so ready to banish to the digital wasteland but for some reason didn't. I realised that I was maybe missing the point of event photography sometimes by being overly critical. 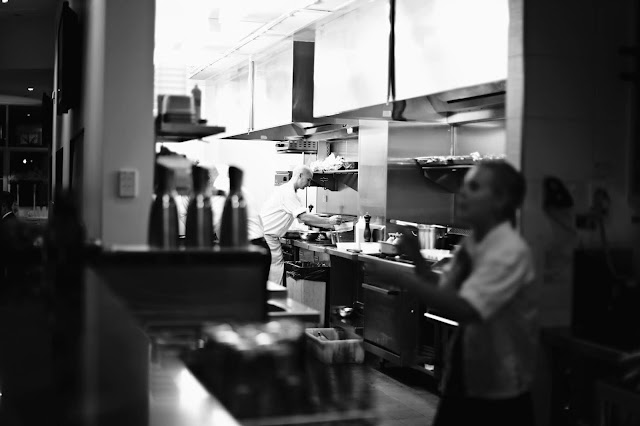 You see, in those brief seconds as you cast your eye across the room, you take in your entire surroundings. Although I am pretty quick at changing camera settings, often operating on auto "jet pilot", I may still have been taking a photo of something else with different lighting etc or I'll already be pushing the limits of the camera when I decide to randomly click again but at something entirely new. This is when I catch a glimpse into the inner workings of the venue's kitchen or catch some shenanigans! lol 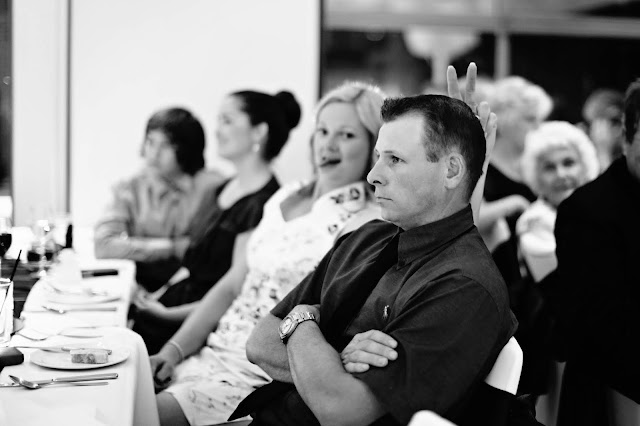 These pics are not the glamorous, well composed shots but the brief 'catch-ems' that I've learned to keep an eye out for...eyes constantly scanning the room in between the planned shots. 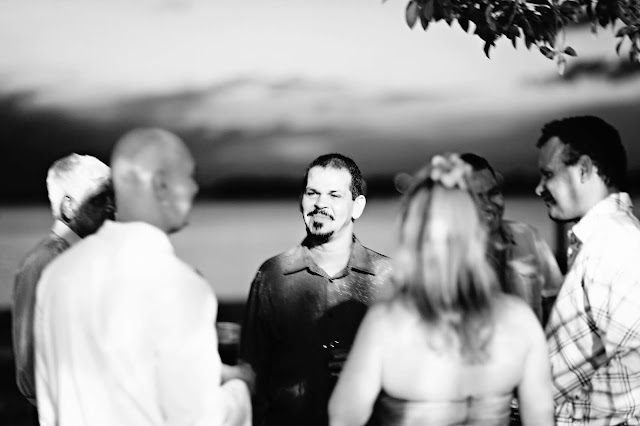 It might even just be as simple as the expression on someones face that grabs me and I happened to catch it from across the way. 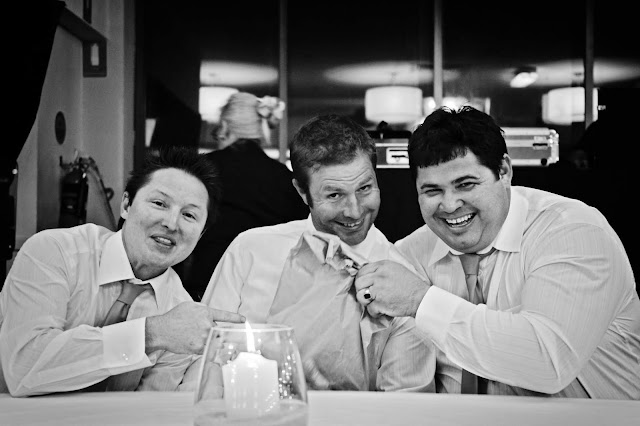 These guys were totally up to no good as I sprung them peaking into a very suspicious bag when they thought no one was looking. It was a devious gift for the groom on his wedding night. Your secret is safe with me, boys! ;) 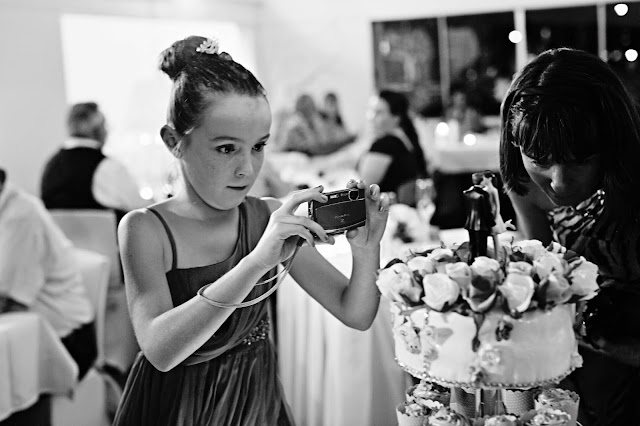 She was so focused on getting a good shot of the cake topper that she had no idea I had her at full 200mm zoom from across the room. Not the best lighting and a bit noisy from the high ISO. Funny how we can actually add grain to images now to help them look more aged and authentic. 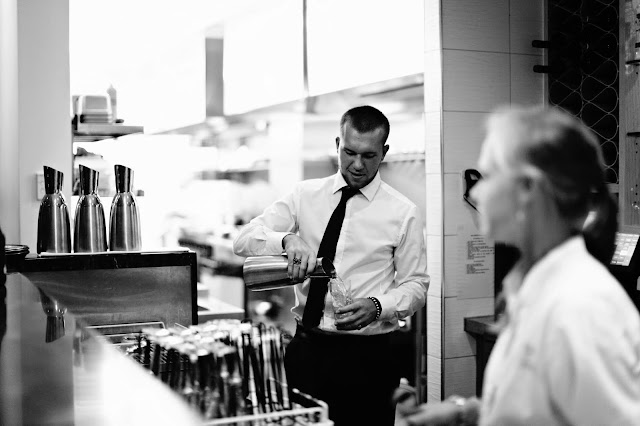 The slight blur, the noise from high ISO, the harshly lit and the angry histogram...they can't all be fixed in Photoshop, and I will always strive to capture correctly in camera first and foremost.

But rather than just ditch it, I try now to do what I can to save that one image that has that something that grabs me...often crop/recompose, process these images in black & white so as to remove anything that will detract from the subject even more...like awkward colours and unflattering hues. Those are the things you just can't control sometimes but you can make them look less obvious and distracting.

I am slowly learning to embrace the not-so-perfect shots that still capture that little 'something'. It's sometimes those random acts of unplanned clicking that tell the full story and add to the overall mood and fascination of one's special day.

It was a dreary sort of Sunday morning and the roads were still wet from rain the night before so The Bike Whisperer (Stewart Gunter) and I decided to "down tools" & grab the cameras for a bit of bike action at the MotoStars track day at Warwick Kart Track, Sandy Creek. Who knew that the motorbike suspension specialist and rider coach is also a crack shot with a Canon?! 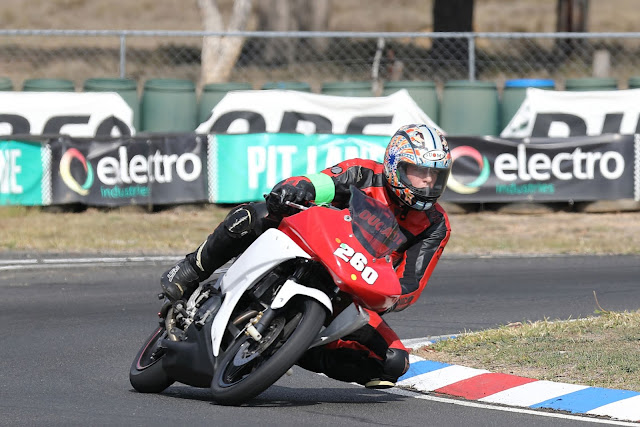 It's always fun to get out there and ride the track yourself but I do get a kick out of catching the riders coming into the turns, totally focused and then powering out of the corner again. 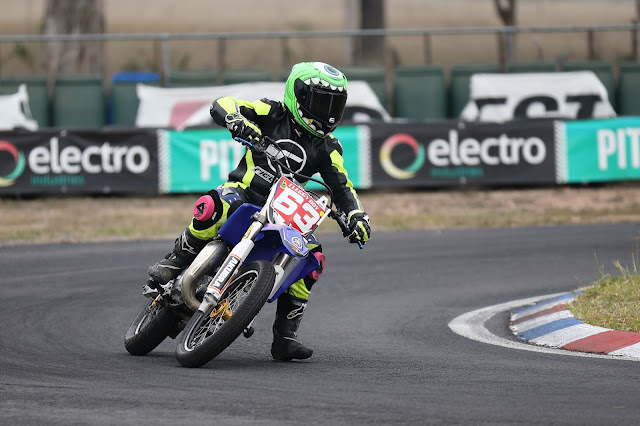 This track at Sandy Creek Road, Allan QLD is actually the Warwick Kart Track where they often have kart races but because it's a small track with lots of tight turns, it lends itself beautifully to the smaller sized motorbikes. 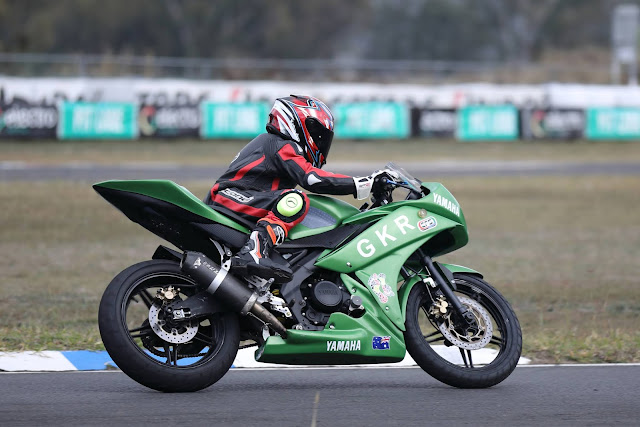 We met Nate, AKA Green Kid Racing...after a few tweaks to his bike we saw him out there picking up pace and getting his speed up around the track. Well done GKR! 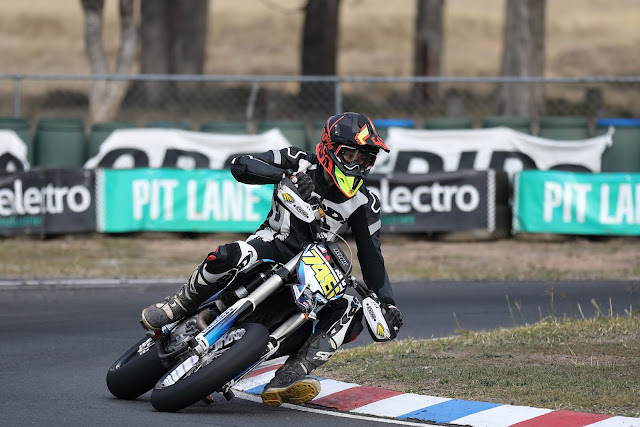 I loved catching this guy as he hooks through the corners...makes for awesome shots! 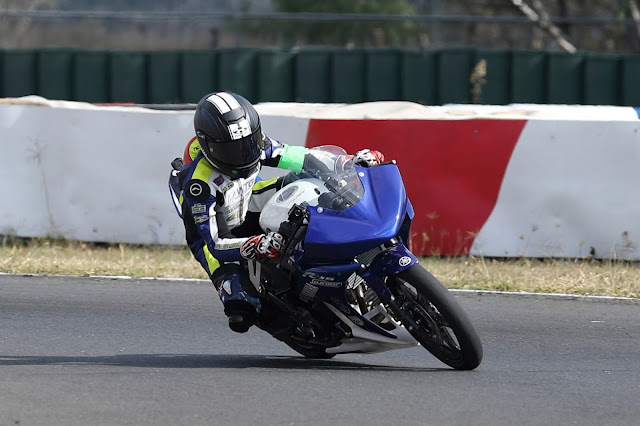 More great pics of people doing what they love! 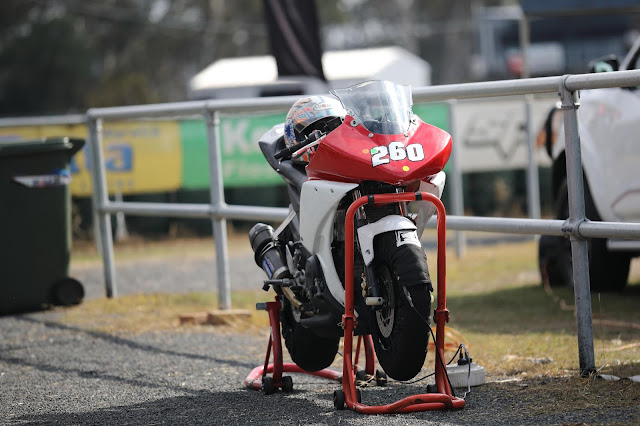 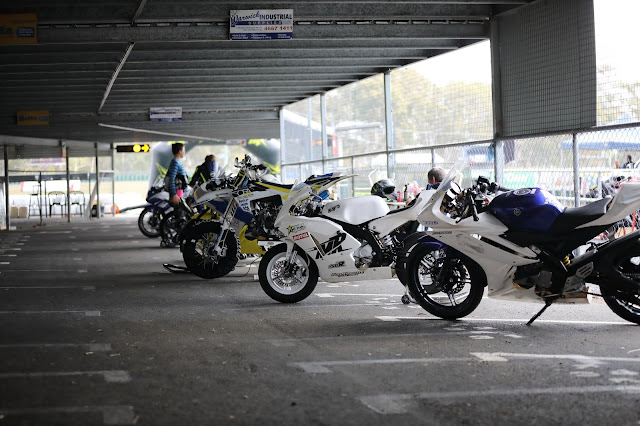 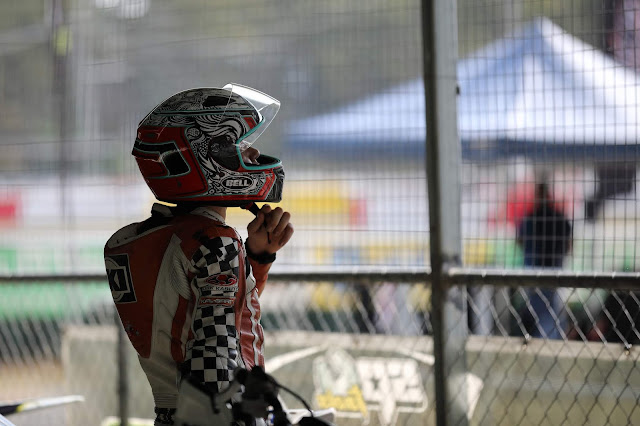 I also love capturing those candid shots that give a certain feel to the event. These shots tell a story that words just can't tell. For all those riders and families that wish to purchase any of the pics taken on the day, they can all be found on my Client Galleries page here: https://imageseverything.pixieset.com/

In between weddings, families & babies I often get out to local events...especially ones that are right up my ally, like motorbikes! Nothing beats the thrill of the racetrack but I often get jealous if I'm not out there myself on my own bike! Because, you see, I only have a few points left on my license so the track is where it's at if I wanna go fast without braking the law. lol

It was a long day making my way through the pits and trekking across the paddocks to get various shots but I had a great weekend out at Morgan Park Raceway for Round 2 of the Southern Downs Road Racing Championship. There were plenty of thrills (and a few spills) and I was fortunate enough to get an action shot of one rider that had come off in turn two....he was OK though so we can all relax! My first reaction was to shoot first and ask questions later...which is my philosophy for most photographic assignments, so when he got up and walked it off I was relieved but even more excited that I caught a shot of his beleaguered bike in mid air, gravel spray and all.

I was even more excited to just be out and taking pics of things that make people happy...things that make people passionate about their interests...seeing the excitement, the stresses, the pride and the confidence. These are the things that makes us who we are and I am forever exploring this...in myself and in those in front of my camera. To be able to capture these instances, these brief moments, is what has always driven me and I couldn't think of a better job!

Here are some of my favourites from the weekend, enjoy! 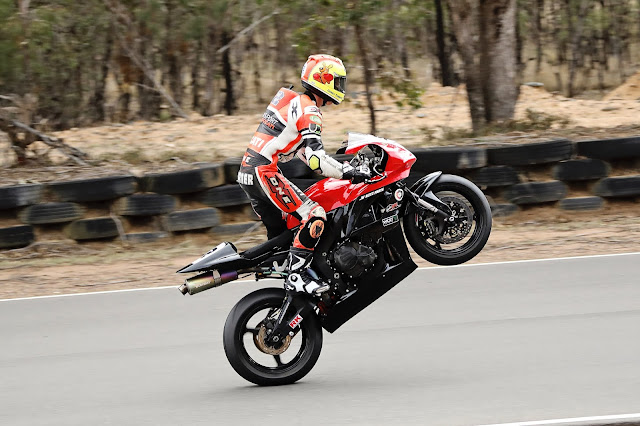 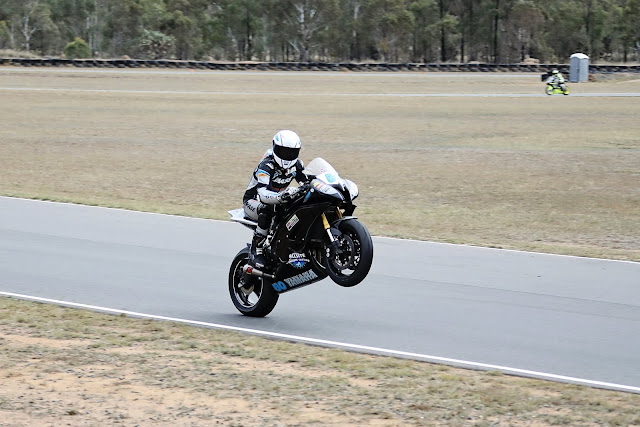 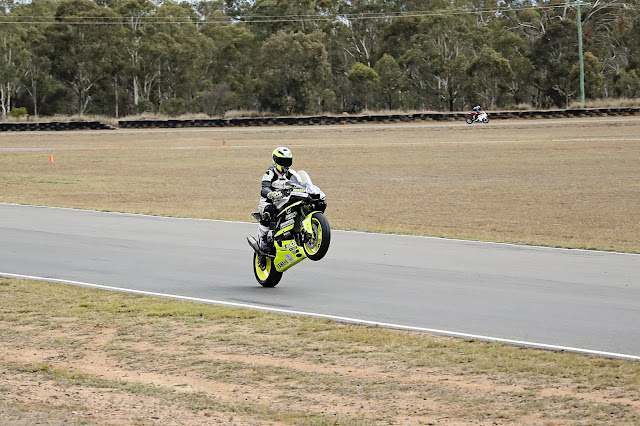 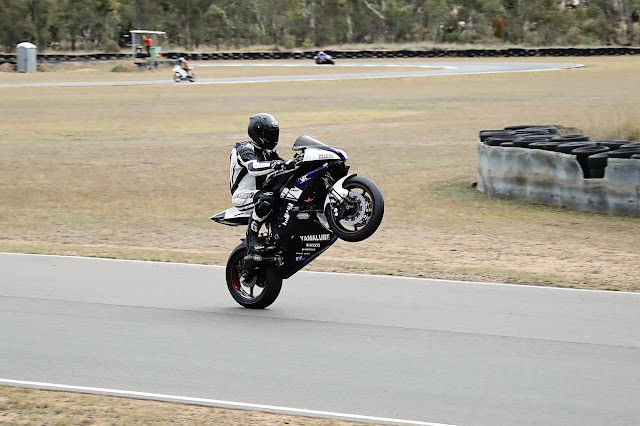 Here's to another successful race meeting and a stack of awesome bike pics!
You can see more images here: https://imageseverything.pixieset.com/  <3
at June 10, 2019 No comments:

Wet track at Phillip Island for the asbk round 6 A wise person once told me to grab an opportunity when it arises...or maybe I h... 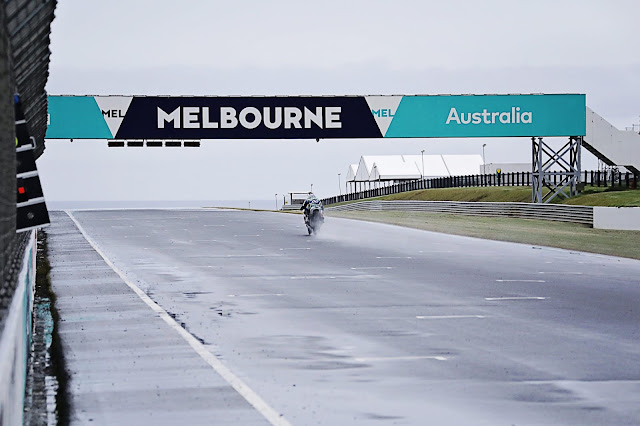 Images Everything Photography
Killarney, Queensland, Australia
Welcome to my BLOG! I am a fully accredited AIPP Professional Photographer based in the Southern Downs region of Queensland. I have been passionate about photography since the early eighties and started shooting weddings and portraiture professionally over 9 years ago. You can see more of my work at www.imageseverything.com.au